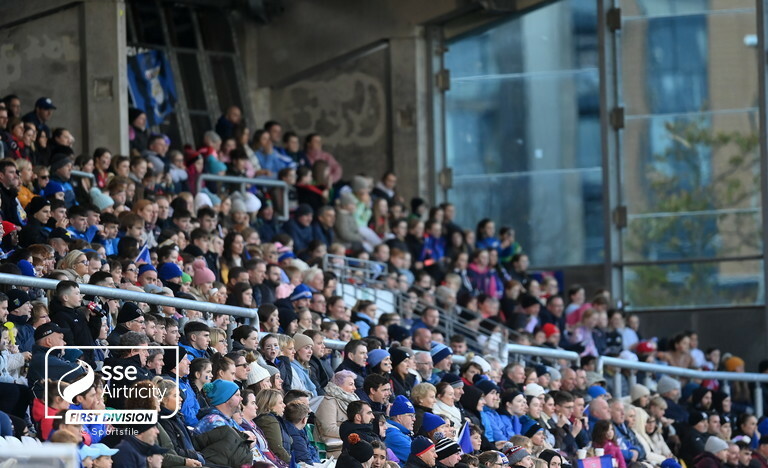 Published: about 1 month ago

Now that the dust has settled, we can look back on what has been a fantastic season, not just for our Senior Ladies, but for all the teams at the Club.

Obviously the outstanding achievement was the Senior Ladies ending the season as Runners-Up in the League and Cup and who knows the heights that this team can achieve next Season and beyond.

The Senior Men got their season off to a slow start but turned it around in the second half and a particular highlight for me were the wins in the local derbies over Longford and Galway.

The U19 Ladies had a terrific season as well and were crowned EA Sports National League Tier 2 Champions. These girls will now be pushing Tommy Hewitt for a place in the Senior team so the future is bright for Ladies football at the club.

The U19 Men had a tough season but it wasn't without it's highlights as along the way Cameron Mulready, Israel Kimazo, Sami Clarke, Osaze Irhue, Aaron McBride, Mathew McCarrick, Blake Ryan, Mark Smith, Andrew Skerritt, Sultan Adenekan, were all involved with the Senior Men’s team.

The U17 boys team had a fantastic season and were crowned EA Sports National League Mark Farren Cup Champions in a very exciting final when they defeated Cork City 1 - 0.

The U15’s were Runner’s up in the EA Sports National Plate, and dominated the competition winning eleven out of their fourteen games and in fact only conceded top spot to Dundalk when they lost out to Treaty in the last game.

The U14 season started in July but they were competitive from the off and topped phase 2 of the EA Sports U14 National League when they won five and drew one of their six games. They also reached the semi final of the Shield losing out to eventual winners Derry, and also reached the quarter final of the Cup where this time they lost out to eventual winners Shamrock Rovers.

None of this would have been possible without a lot of hard work and dedication from Manager’s, Coaches and Players so a massive Thank You to them.

There is a huge amount that goes on in the background that sometimes goes unseen and without which these achievements would not have been possible.

To the parents and families who bring the players to training twice a week and to matches all over the country Thank You very much.

To the supporters who turned up every week, and those of you who tuned in on LOITV, to support all the teams from the seniors to the underage we say Thank You very much.

To the volunteers at the Club who give so freely of their time in helping at training nights, at matches and even at the Drive-In Bingo we say Thank You very much.

To the Ground staff who keep the pitches and the Stand in pristine condition we say Thank You very much.

To our Sponsors whose financial support is vital to the running of the Club we say Thank You very much.

To the Committee and Administration staff whose tireless work makes sure that everything the teams need is provided we say Thank You very much.

Finally, to the literally thousands who turned up in Tallaght Stadium, particularly the clubs from all around the midlands, and even further afield, who organised busloads of their players, to support the Ladies in the Final and made an already special occasion even more special.
After the game each one of the players commented on the support in the stands and were overwhelmed that so many of you were there to cheer them on and to you we say Thank You very much.

Supporters Busses will leave The Stadium at Midday this S...

End of season awards presented to victorious U19 Ladies

After last weekends tremendous win in the EA Sports U19 ...